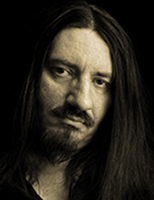 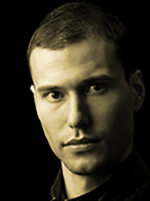 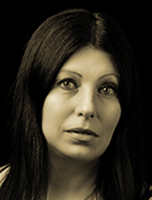 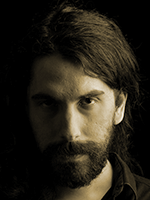 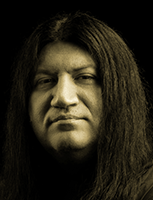 The beginning of the project has its roots in the distant years between 1991 and 1994, when inspired and lead by Georgi Georgiev a line-up was gathered in order to record the grand and spectacular for its times project called “Tangra’s Last Battle” – a rock-opera. The concept belongs to Georgi Georgiev (vocals and music), Rosen Georgiev (guitar and arrangements) and the lyricist Peter Petrov. The realization of the idea demanded gathering of some musicians and therefore in 1994 the first line-up was created under the name A.X.E., which was about to record the overture for the rock-opera. The line-up was completed by Rosen Mehanov – lead guitar (Mountain Lion), Valentin Petrov – keyboards and Nikolay Simeonov – bass (Detonator). The recording was funded by the two brothers Georgi and Rosen and was done at a semi-professional studio in Lom, Bulgaria. One year later, in 1995, the band appeared on stage for the first time with guest musicians form Mountain Lion. During the same year, the track recorded in the studio reached second place in the top 10 of the local “Radio Blagoevgrad”. In 1996 the band made an attempt to find funding for the completion of the whole project, but without any success. This lead to the first one year break which ended in 1997 when the band hit the stage once again with the guest musicians form Mountain Lion in an attempt to get noticed. In its repertoire there were own songs in a hard rock and heavy vibe and covers with a strong reaction from the audience.

In 1998 the two brothers (Rosen and Georgi) decided to dramatically change project's musical direction and concept as a whole, searching for an unique own style. At that point they started developing a brand new conceptual Gothic project which took almost 3 years. The material gathered exceeded over one album so they needed to expand the concept up to three, connected both musically and lyrically. Rosen was the author of all the music and Georgi took on the lyrics and arrangements. In the period between 2000 and 2001 the two brothers gathered a band with the main goal of selecting and developing ideas, which would end up with a début album. The band worked in the studio, without any concerts and at the end of 2001 they started to record the material for the first CD demo of the project with working title “Stories from a twilight realm – part I“.

The CD was to contain 9 tracks in the new style the band had picked up. Rosen and Georgi were the main people to work on the recordings being the core of the new band. They funded the recording themselves and did everything form recording to mixing in home studio conditions. The work went on for more than a year and in the spring of 2002 the project got a female singer - then 16 year old Bilyana Tsenova, whose unique voice corresponded perfectly to the concept.

The new style and ideas called for a change of name, without it being too abrupt, so the band changed their name form A.X.E. to The A.X.E. Project and in the spring of 2002 with the participation of two guest musicians, Kalin Ivanov – guitar and Iskren Nikolov – lead guitar the first demo album was completed. The finished product was presented to different labels form Bulgaria and abroad. The CD wasn’t left unnoticed and in 2003 the Bulgarian rock magazine Pro-Rock valued it as conceptual and strong and gave it a mark 7/10, drawing fan attention towards the band. In the late 2002 auditions for a live line-up took place, so the new style of the band could be presented live to the fans. So for the concerts in 2003 to the main trio Georgi – vocals and guitar, Rosen – guitar and Bilyana – vocals was joined by Georgi Iliev – drums, Lilly Svetlinova – keyboards and Filip Nakov (ex.Mauntain Lion) – bass.

In the meantime the music for the second disk from the album was ready and the recordings started in 2005, thus the second demo of the band “Angels Without Wings” (2005) was released and band continued to search for label/managing contract. In the beginning of 2007 the band has played two show as a supporting act for Evergrey (Swe) and Stonegard (Nor) mini-tour in Bulgaria. The dates were – 15 January in Plovdiv, Geo Milev Hall and 17 January Sofia, Sredec Hall. The music and the stage show received a warm welcome from the audience. More live shows and media appearances followed with the band visiting cities like Montana and Varna and playing two international open air festivals - BerkRock, Bulgaria and Red Alert Open Air, Ukraine. At their BerkRock appearance the band was direct support for Brazen Abbot feat. Joe Lynn Turner. Until the end of 2007 the band played more club shows mainly in Sofia.

Year 2008 saw the band performing more club shows and again changes in personnel – a new female vocalist Stella Tsokeva which stayed with the band almost one year just to be replaced by Veronica Georgieva (ex-Virus). In the eve of 2009 the band signed a managing contract with Double D Music. The band made a small tour to promote this deal in 4 Bulgarian cities – Plovdiv, Haskovo, Montana and Pleven in the spring of 2010 with local bands as support. More live performances followed with local bands like Ellenium and Bendida.

In the summer of 2010 the band underwent the most drastic changes in personal ever leaving only to the creative core (Rosen and Georgy) to re-record their début album this time in real studio with professional performers. The project later has joined with Petya Plukchieva (soprano), Rosen Mehanov (solo guitar), Stoyan Petrov (drums) and Sophie Vassileva (flute). The album was officially released in December 2010. In fact this is the same demo-album they recorded in 2003, but with slightly changed name, updated arrangements, more dense and modern sound and one new song.

On 30 April 2011 the band had the unique chance to share the stage with BLIND GUARDIAN on their 3rd and most successful visit in Sofia, Bulgaria. The show was professionally shot with 6 cameras and multichannel audio in order the first live DVD of the band to be produced. After almost year of making the DVD itself has been released on 14 March 2012. The disc features several extras as karaoke audio track, drums “angle” video track, subtitles in 3 languages, special backstage photos and the band's first ever video - “Werewolf”. Excerpts and videos from this show can be found in YouTube's channel of the band and other similar sites. This year also saw the end of the contract with Double D Music /due to expiration/, leaving the band self-managing again.

In the fall of 2014 the band started recording sessions for their second album and which is expected to be finished soon followed by mixing, mastering and scheduled release in the second half of 2015. The beginning of 2014 saw yet another change of personal: Martin Emilov took the place of Rosen Mechanov on solo guitar and officially became a member and his first gig followed at 21st May on the stage of Joy Station Club, Sofia for the Battle Of The Bands 2014. In the beginning of 2015 the band had signed a 2 year publishing deal with Spanish Art Gates Record label for their second album which will was released in November 2015.

In 2017 the deal with Art Gates Records was renewed to release the band's next album. It's called Future.Imperfect and is scheduled for release on March 20, 2020. The album features 3 singles, the first one named Cry was released on January 31st as well as the pre-order of the album.